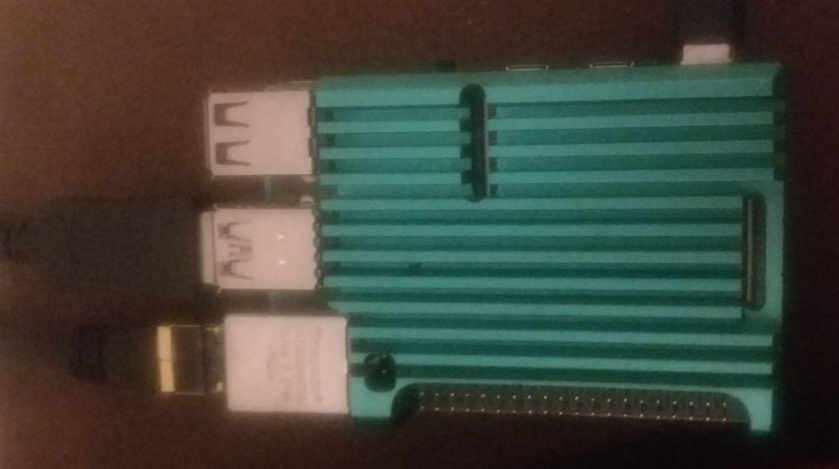 I’ve mentioned somewhere that this site is running on a Rasberry Pi 4, situated behind my couch and I appreciate that this is not the way that most people do web hosting.

The Pi is a wonderful beast when used as a server and can handle pretty much anything I throw at it.

Right now there it’s handling a metric shit-tonne of web facing software for me, and it’s not even breaking a sweat.

My Fediverse instance *Five static sites - one of which gets a fair bit of traffic, handling up to 20k visitors per day on rare occasions

All of this software is Free and Open Source and none of it costs me a penny beyond the very low electricity costs for the Pi, and keeping on top of whatever domains I choose to use.

My setup was micro SD based until last month - Now it’s running from SSD. It hasn’t made a huge difference - it’s been pretty smooth sailing all along. But having 1.5 TB spread across two physical drives is a great reassurance that my data isn’t going to go missing. Backups are monthly.

As of this yesterday morning, The Pi has been rocking a Gemini capsule too.

As soon a I decided to start with the self-hosting I got in touch with Vodafone for a static IP address. Took about two days - zero charge.

It just makes things so much easier.

I’m using the 8GB Raspberry Pi model, but I have previously run almost all of this stuff on a 2GB model which cost around 35 quid and is probably cheaper now. 2GB isn’t a lot, admittedly, but hey, what else are ridiculously oversized swap files for?