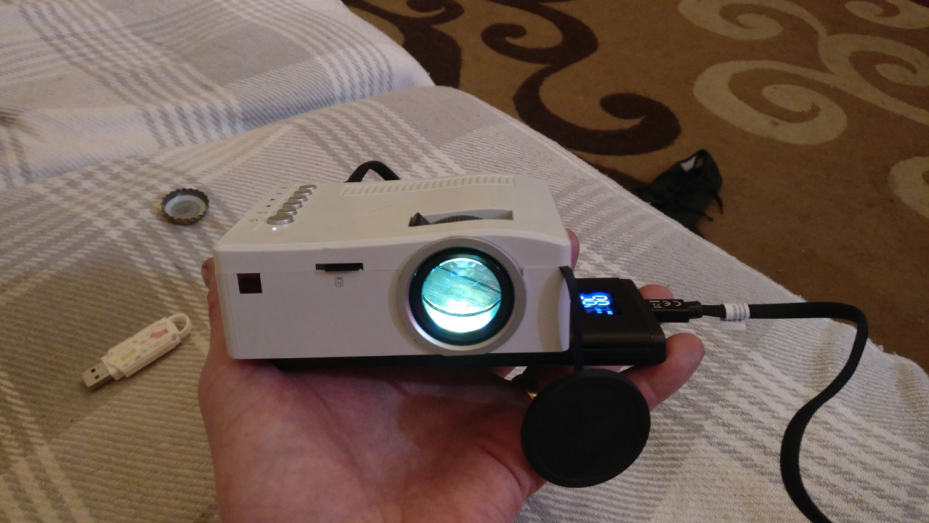 The best things, in my opinion, come in teeny tiny packages.

I have my teeny tiny laptop, which measures a miniscule nine inches and is my main machine; there’s my teeny tiny server - a raspberry Pi 4b, a mere 3.5 inches across and which could easily be lost in my pocket; and then I have my teeny tiny wife, who at 5ft 0, is a full 16 inches shorter than me. She is a delight and I’m lucky to have her.

Now, thanks to some shopping around now that the thrift stores have reopened, I have a teeny tiny projector. It fits in the palm of my hand, and it can be powered either by mains or by micro USB. This means that it also runs from a 10 Amp hour battery pack (as does my laptop)- making it a perfect entertainment option for off-grid caravanning come the summer.

Obviously, brightness suffers when it’s pulling 5 Volts from the battery pack rather than the mains, but somewhere in my Big Bag Of Cables, I have a special cable which will allow me to use both ports on the battery pack, so the projector can benefit from 10 Volts which is considerably better.

There’s also a battery compartment, but I don’t recognise the interface. I’ll find out. 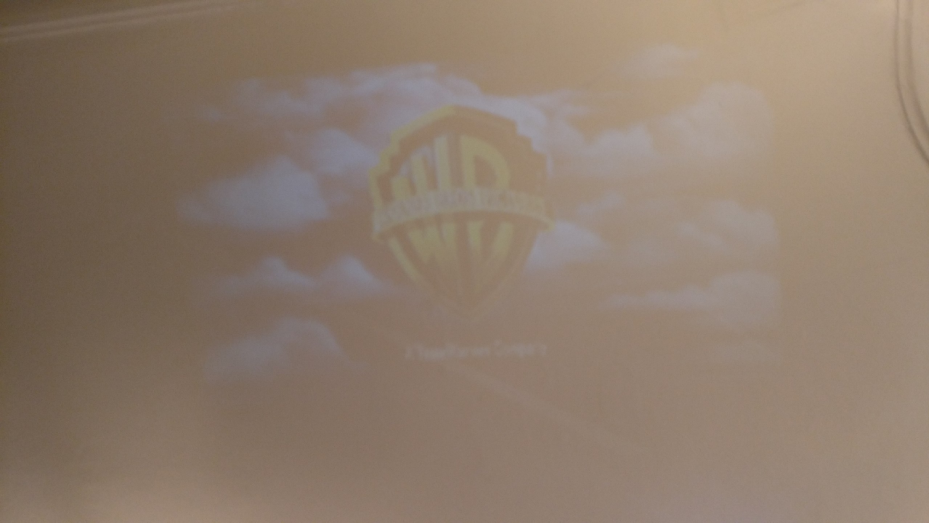 Meanwhile, I’m sitting here, watching Point Break on the ceiling at two in the afternoon. Which is nice.