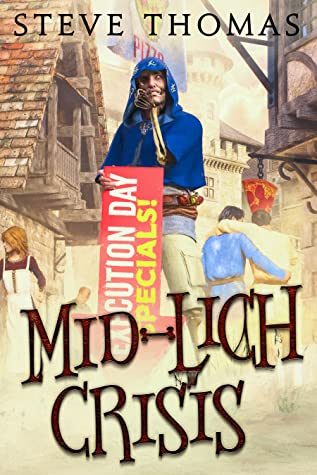 So there’s this lich king, right? His name is Derek Darkbringer and Derek is trying to prevent the end of the world the only way he knows how - by sacrificing his estranged wife on the night of a blood moon.

Derek has tried this several times but is always killed in the attempt. As a lich, being killed doesn’t bother Derek.

Such is the setup for Mid-Lich Crisis.

An unlikely series of events and betrayals means that Derek most save the world by being a nice guy, winning the love of his people and so on.

It’s an okay premise, but the book is far too long and labours the minutae of Derek’s convoluted plans too much. It was exhausting in places and very good in others.

I finished Mid-Lich Crisis, but i was close to abandoning it several times. 4/10