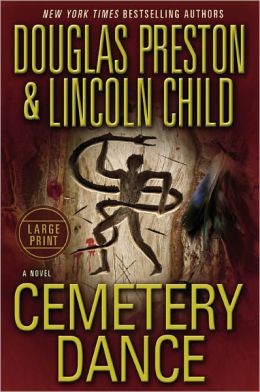 If you like plots to be wild, and your heroes to be capable of absolutely anything, then the Pendergast series by Douglas Preston and Lincoln child is for you.

Aloysius XL Pendergast is an Albino FBI agent with hidden depths. He’s ex special forces; a practictioner of Voodoo variants; he’s insanely rich; a great white hunter; he works alone and is able to pick and choose which cases he takes.

Ohh… and a tragic backstory in the form of an pyschotic brother who’s out to kill him, a functionally immortal great uncle, and a deceased spouse who may or may not have been eaten by a lion.

I started the Pendergast series with Relic and worked my way through until the most recent installment - Bloodless. Every single entry is absolutely batshit insane. The series relies on a rotating cast of charaters into whose lives Pendergast dips, solves the mystery, and slopes off again. These secondary characters can be museum staff, tough New York detectives, wayward teenage car thieves, county sheriffs - literally anyone.

The explanations for the mysteries are usually pseudo-science, and entirely implausible. After all, he’s a Buddhist monk, who can see into the past and visualise events from centuries earlier.

So why did I spend several months ploughing through what I can only discribe as ludicrous crap?

Because they’re fun is why. Yes, they’re silly, but they’re light reading and enjoyable in the same way as Saturday morning cartoons - and it’s easy to get attached to the characters.

It helps if you think of the series as the mutant offspring of Inspector Gadget, Scooby Doo, and Carmen Sandiego.

There has only been one movie developed from this series -1997’s The Relic - it did not include AXL Pendergast.