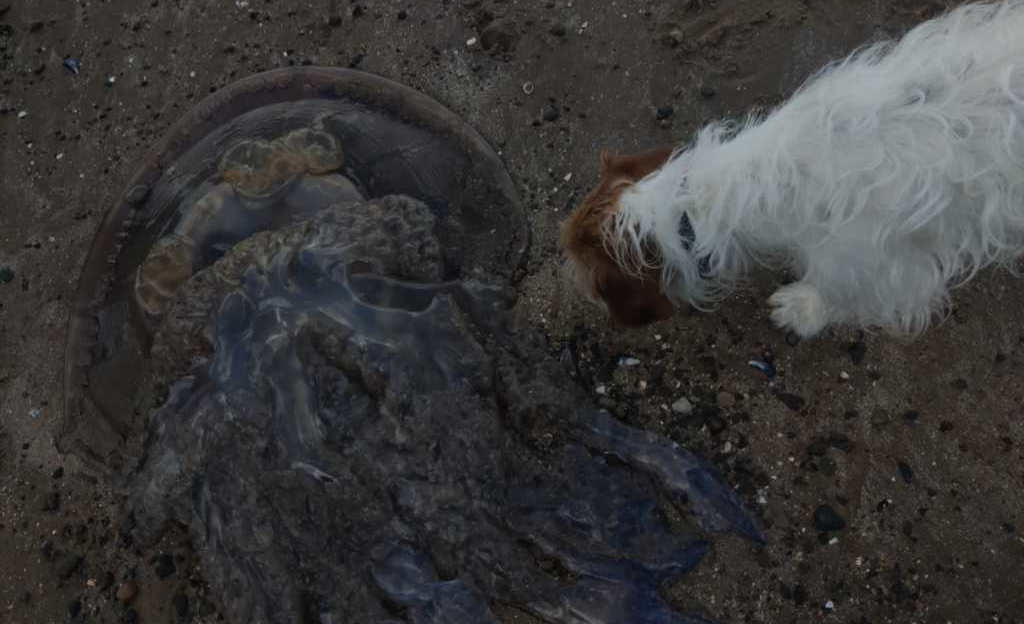 Living in a coastal region in the North West of England, we’re used to seeing things washing up on the beach. You know the kind of stuff: supermarket trolleys, the occasional couch, bits of ships and boats. Occasionally, a complete or almost complete boat.

We’re also lucky enough to get the occasional corpse of a bird or sea creature. Rays of various kinds, the odd small shark, some jellyfish.

The jellyfish are cool, and they’re usually quite small - no more than around seven inches in diameter.

Recently though, we’ve been seeing some monsters - as pictured above next to the smaller of my dogs. This isn’t an isolated jellyfish (except in the most literal sense), they’ve been washing up all summer. If I had to guess, I’d say they would have a diameter of more than 2ft, and they have long nasty tendrils.

Even dead, and on the beach they sting if you’re not careful.